9 May 2017 - The Board of Directors of the Royal Barenbrug Group has appointed Michael Hales as managing Director New Zealand Agriseeds. Michael will replace Murray Willocks, who will retire in September 2017. Michael will formally take over his role on 1 August 2017.

Michael joined Agriseeds in 2010 in the position of  Marketing Manager and then as Marketing Director. Prior to that, he held positions in the rural banking (Rabobank) and agricultural chemicals (Syngenta) industries. Michael has led the Marketing team through  a period of expansion in the business, development of  the new Agriseeds brand and an increased focus on bridging the gap between Agriseeds and the end user.

Michael has a broad understanding of the Agriseeds business and is well connected to the industry through his involvement in various industry organizations. The Board of Directors of the Royal Barenbrug Group is pleased with this internal appointment. Michael developed into the role through the Agriseeds personnel development program and the Barenbrug Leadership Development Program.

After fifteen years with Agriseeds, of which nine as CEO, Murray will retire mid-September. Under Murray’s leadership, Agriseeds business has grown in both the domestic and international markets and remained profitable through a significant downturn in the market. The formation of Barenbrug Chile and development of new markets in South America have expanded the Barenbrug presence throughout this important region.

Murray’s commitment to research and technology, being fundamental to the future of the Group, has been instrumental in the development of the relationship with DairyBio and the research agreements we have in place with them.

We would like to thank Murray for all his efforts for Agriseeds and Barenbrug in all those years. We wish him well in his retirement and look forward to Michael continuing to grow the success of Agriseeds. 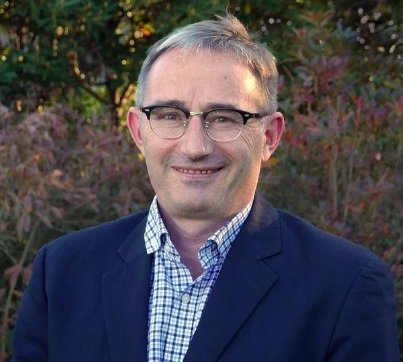