The Ryder Cup on Barenbrug grass 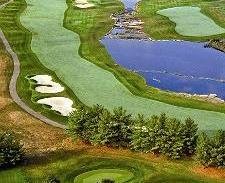 The Ryder Cup is the main tournament in which male professional top golfers play in teams. This year, the tournament was held in the United States and the golfers played on Barenbrug grass.

The Ryder Cup is the main tournament in which male professional top golfers play in teams. The contest was first organised in 1927, partly on the initiative of Samuel Ryder, the Englishman who also donated the cup. Originally, it was a contest between the United States and the United Kingdom, but from 1979 on, golfers from other European countries have been allowed as well.

Best mixtures
In consultation with Christiaan Arends of Barenbrug USA, Mark Wilson made a selection of the best mixtures, which helped making the Ryder Cup a resounding success once again. The competition was followed by 45,000 spectators each day and more than 500 million people in the entire world viewed the event on television – the games were broadcast in 177 countries. The Agrostis stolonifera variety ‘Penncross’ on the greens was replaced by a Penn A-1/A-4-mixture.

The roughs were sown with Barenbrug Turf Saver, a unique combination of high quality tall fescues and RTF. The semi-roughs were sown with a Poa pratensis mixture containing dark leaved varieties, especially selected by Barenbrug. And for the shadowy areas that were left unmown, a mixture of Festuca rubra species was chosen due to it slow growth and little need for fertilisers.