A rugby game is no match for RPR

In the traditional home of rugby in South Africa, the Newlands stadium, RPR has already blown away the green keeper. On a young field of not even ten weeks old, an intense 180 minutes of rugby left the field nearly undamaged.

In South Africa, rugby is traditionally played on Kikuyu fields. Even though rye grass was introduced in South Africa over ten years ago there has been an issue with the strength of the field., Due to the revolutionary RPR rye grass, Barenbrug has made up for this lack of strength. This has not gone unnoticed by the experienced Western Province Rugby head grounds curator Julian Barnard.

“We recently had our first of the pre-season matches, two consecutive games of rugby in 180 minutes. To my surprise, the damage to the field was minimal. It is even more surprising knowing that the field was not even ten weeks old at the time”. Barnard claims that in previous years a beating of this nature would have meant serious damage and therefore repairs, but with RPR he could walk off the field reassured. “Another reason why I am so impressed is because my existing stabilizing synthetic system has more than surpassed its life cycle and RPR -being the only thing I did differently regarding my maintenance regime- proves to be the solution”.

The strength of RPR comes from the added lateral growth, providing extra stability and strength to the field. “Anyone who knows my philosophy regarding seeding knows that I have a very high standard, that’s why I am still amazed how RPR has performed. With the little experience I have had with RPR,  I am more than happy regarding colour, strength and establishment. I would definitely recommend it to whoever inquired”, says Barnard.

Rugby is one of the biggest stress factors to a grass surface, which makes it a good test environment for RPR to show its magic. And by the looks of it, RPR has passed the test with flying colours. 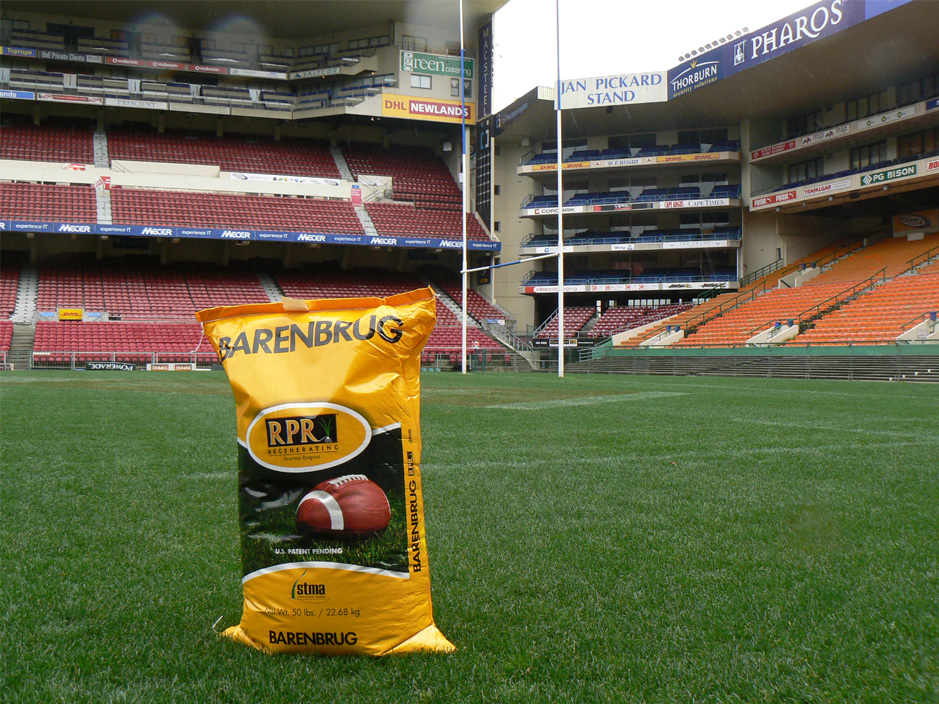